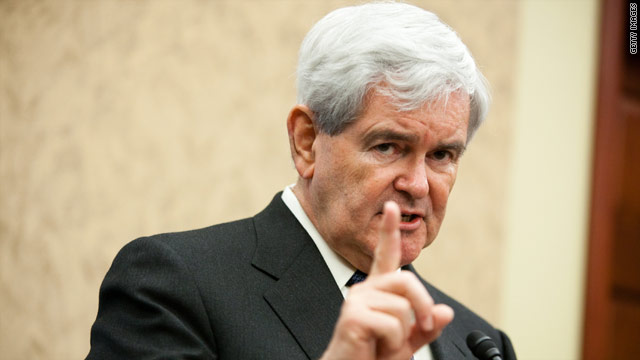 But Gingrich, a possible candidate for the Republican presidential nomination, predicted that the showdown over this year's spending bill will pale in comparison to upcoming fights over the debt ceiling and the 2012 budget.

"It's the first big step in the right direction," Gingrich said of Friday's late budget deal. "John Boehner got the largest spending cut in history."

Gingrich spoke to CNN before addressing the Greenville County Republican Party convention in South Carolina, one of the first four early voting states on the presidential nominating calendar.

He pointedly blamed President Barack Obama for letting the budget talks take the government to the brink.

"If the president had spent as much time negotiating a budget deal as he spent on picking the Final Four, none of which got there, or as he spent kicking a soccer ball in Brazil, they might have gotten this done a week earlier," he told CNN.

House Republicans should pressure President Obama to submit his budget proposals sooner rather than later, he said.

"If he doesn't like Paul Ryan's budget, which I think is historic in its scale, then the president ought to be challenged to bring in his version before they even get to the debt ceiling." Gingrich said.