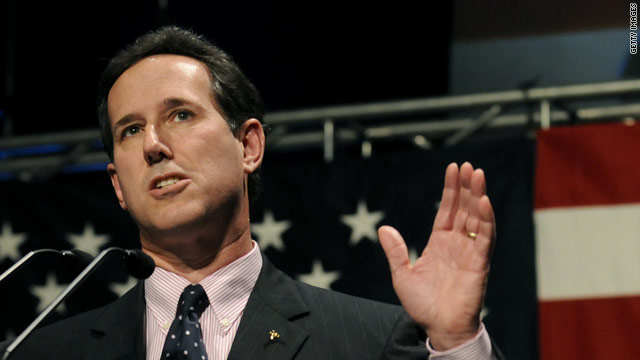 Vote-rich and conservative, Greenville County plays a pivotal role in the South Carolina presidential primary, traditionally one of the first states to cast ballots in the presidential nomination process.

Santorum, who arrived early at the convention and donned a Palmetto-patterned pink tie for the day, won the straw poll with 31 percent of the 431 votes cast. Finishing second was Gingrich, who took 14 percent. Minnesota Rep. Michele Bachmann and reality television star Donald Trump tied for third at seven percent.

Barbour’s showing was underwhelming considering his in-person appearance at the event. He spoke to county delegates shortly before the vote and laid on some southern charm.

“It's great to be at a convention where I don't need an interpreter,” he joked at the opening of his remarks. Barbour also flew into town the previous evening to meet with local Republican activists and potential donors at a minor league baseball game.

The rest of the early and wide-open field finished with one percent of the vote or less. Also on the ballot: Ambassador to China Jon Huntsman, Indiana Gov. Mitch Daniels and Wisconsin Gov. Scott Walker.