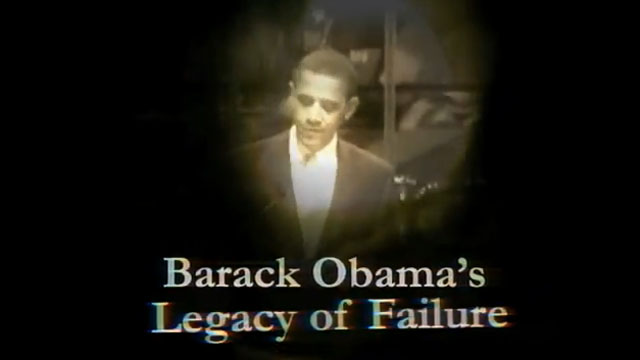 An independent conservative group says it's going up in some battleground states with a television commercial that's critical of President Barack Obama, one of the first of what could be many ads by similar groups on the right.

The spot, titled "Barack Obama's Legacy of Failure," is being put out by The Campaign to Defeat Barack Obama – a group dedicated to trying to beat the president in the 2012 election.

Joe Wierzbecki, the executive director of the organization, tells CNN that the ad began running this weekend on television stations in Nevada, with ad time being purchased in Michigan and Wisconsin. Wierzbecki says his plan is to eventually also run the commercial in Colorado, Missouri and Ohio. All of these states could be extremely contested in the upcoming battle for the White House.

The group is currently fundraising to pay for the ad buy.

"We're looking at a budget of $250,000 for this new ad right now. We hope to expand on that, but I won't know if we're successful for a few weeks, depending on if our fundraising continues to remain strong," says Wierzbecki.

The Campaign to Defeat Barack Obama was launched by the Our Country Deserves Better Committee, a conservative political action committee that's also the parent organization of the Tea Party Express, one of the leading national Tea Party groups. Three figures popular among many conservatives, Maricopa County, Arizona Sheriff Joe Arpaio, 2010 GOP Senate nominee Joe Miller of Alaska and Samuel Joseph Wurzelbacher, better known during the 2008 presidential campaign as "Joe the Plumber," teamed up last month at a launch party and fundraiser in California for the group.

Among other things, the 60-second spot blames the president for the country's "high unemployment rate," and says Obama "has crippled America with a $14 trillion national debt."

"We have found the spot worked very well when we tested it, with a very strong reaction from Republicans and right-leaning independents," adds Wierzbecki.

The Campaign to Defeat Barack Obama says it hopes to build a grassroots network of up to one million supporters by next year's election. The group recently ran television ads in Wisconsin supporting Scott Walker, the new Republican governor whose battles with the state's public sector unions made national headlines.

The new commercial could be the first of many this year by independent conservative groups to criticize the president. The possibility of such attack ads flooding the airwaves is one reason why the president's re-election campaign is starting to aggressively raise money, with a goal of bringing in up to $1 billion this campaign cycle.