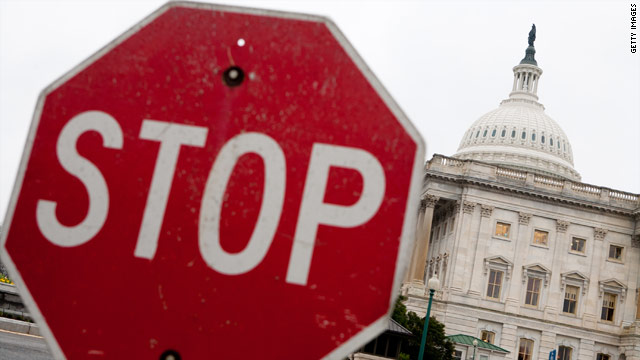 Capitol Hill (CNN) – As we shake off the political hangover from Friday, American Sauce brings you what we know about this shutdown-averting-(barely) budget deal. In three sensible parts:

Listen to our podcast here. Or keep reading and comment below.

– What That Includes: The $38.5 billion includes the previous $4 billion, $6 billion and this week's $2 billion in spending cuts from short-term continuing resolutions or temporary-fix spending bills.

– Planned Parenthood: The group's federal funding will not be cut in this week's budget bills. But Senate Democrats have agreed to hold a separate vote on whether to defund the organization. To pass, the move must get 60 votes.

– DC Abortion Funding: The deal would block Washington, D.C. from using local tax money to subsidize abortions for low-income women. Under the Constitution, the District of Columbia is under the jurisdiction of the U.S. Congress. Its local government exists only to the degree Congress establishes and authorizes its power.

Why This Was Relatively Dumb

– Barely Touched the Deficit: The $38.5 billion in spending cuts decreases this year's deficit by just 2.3 percent to 2.75 percent (depending on the exact deficit estimate you use – it is forecast to be around $1.5 trillion).

– In Relative Terms: Just for this year, these cuts are as if a person were $1500 in the red and cut back $38 in spending to try and deal with the problem.

– The Cuts May Be Temporary: The $38.5 billion in spending cuts is for the fiscal year ending in September and may not do anything to bring down future deficits.

– It Avoided The Big Issues: Huge quantities of political energy went into last week's debate over current spending. But none of it tackled the bigger issues of entitlements and debt accumulation. (House Republicans take a whack at that later this week when they vote on the Ryan budget plan for next year. The President presents more details on his plan to cut the debt Wednesday.)

– Why This Was *Not* Such a Dumb Debate: This was, at least, a start to addressing Congress' spending and unbalanced-budget addiction.

– For More, read this story from CNN Money's Jeanne Sahadi (whom we talk with in the podcast).

Listen to the podcast here