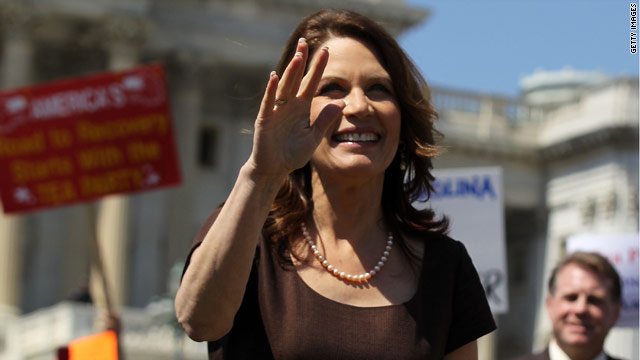 Washington (CNN) – Michele Bachmann just may be a one-term president.

That's what the Minnesota Republican is pledging should she ultimately decide to run for president and win the White House, providing she can "turn things around" in that time frame.

"I'm a principled reformer, and my goal is to see the country turn around," Bachmann told the Des Moines Register in an interview published Monday. "I'm also committed to being a one-term president if that's what it takes in order to turn things around, because this is not about a personal ambition."

"It's about getting our financial house in order and to become respected again in the world on an international scale," she added.

Bachmann's comments come the same day she is in the Hawkeye State to deliver a speech to social conservatives in Pella.

On Monday, Minnesota Rep. Michele Bachmann and Texas Rep. Ron Paul will deliver speeches in Iowa, she to social conservatives in Pella and he to a Family Leader group in Sioux Center.