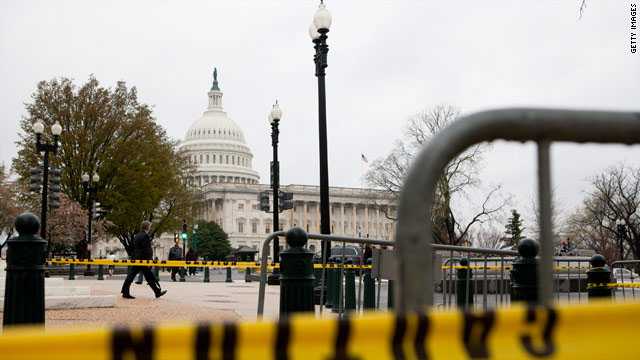 It looks like the public gives the Democrats more credit for the deal than the Republicans, but it's nothing like the slam-dunk that Bill Clinton scored during the 1995 government shutdown, and it certainly has not been reflected in President Barack Obama's overall approval rating, according to a new national poll.

A CNN/Opinion Research Corporation survey released Monday indicates that the budget agreement that prevented a government shutdown is popular, with Americans supporting it by a 58 to 38 percent margin. But there's a partisan divide, with two-thirds of Democrats and a majority of independent voters backing the deal, and Republicans divided.

By a 48 to 35 percent margin, the public thinks Democrats are more responsible than the GOP for the late Friday night agreement, which prevented a shutdown of some government services and offices. And according to the survey, which was conducted Saturday and Sunday, 54 percent say they approve of how the president handled the budget negotiations, compared to only 44 percent who approve of how the Republican leaders in Congress handled themselves last week.

But this doesn't mean Obama gets a political boost from the deal.

"The president's overall approval rating is now 48 percent; in late March, that figure was 51 percent. This is the first time this year that a CNN poll has found his overall approval rating below 50 percent," says CNN Polling Director Keating Holland. "And although President Obama has a ten-point advantage over the GOP leaders on how their handling of the budget negotiations, that's nothing compared to the 30-point advantage President Bill Clinton had over House Speaker Newt Gingrich after the budget showdown in November, 1995."

Speaking of approval ratings, 41 percent approve of how current House Speaker John Boehner of Ohio is handling his duties. Forty-four percent of people questioned say they disapprove of how Boehner's doing as Speaker, with a relatively high 15 percent sure. Significantly for Boehner, 66 percent of Republicans and 61 percent of Tea Party movement supporters think he is doing a good job as Speaker.

"Nonetheless, the GOP rank and file appears to be a bit restless about Friday's budget agreement, while Democrats don't have the same concerns. Did the GOP leaders give up too much in the budget agreement? Only 25 percent of all Americans think so, but that figure rises to 50 percent among all Republicans," says Holland. "Did Obama and the Democrats in Congress give up too much? Only a third of Democrats feel that way."

What about the non-budgetary issues that suddenly became so important in last week's endgame?

The poll indicates that two-thirds think that the federal government should continue to provide funding to Planned Parenthood, although six in ten continue to oppose using public funds for abortions for women who cannot afford them. Currently, federal law prevents any federal funds from being spent on abortions.

According to the survey, seven in ten think the government should continue to provide funds for the Environmental Protection Agency to enforce regulations on greenhouse gases, and only four in ten would favor legislation to prevent the government from spending money to implement the new health care law that Obama signed last year.