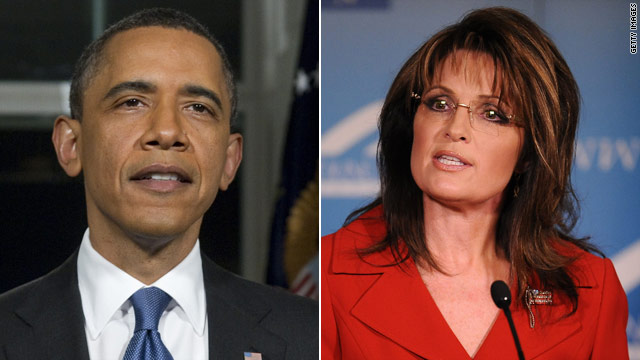 Washington (CNN) – Dogged by a 34 percent approval rating among independents in Florida, a new poll out Monday indicates President Barack Obama would have a tough time beating either Republicans Mitt Romney or Mike Huckabee in that crucial campaign state.

According to the new survey from Sachs/Mason Dixon, Obama trails both past and potential presidential 2012 candidates in head-to-head matchups in the Sunshine State, losing to Romney, the former Massachusetts governor, by a 48-43 percent margin and lagging behind Huckabee, the former Arkansas governor, by a 49-44 percent spread.

Among all voters, Obama's approval rating in the Sunshine State stands at 43 percent, with 56 percent saying they are unhappy with his performance as commander-in-chief. That's consistent with a Quinnipiac University survey released last week that placed Obama's approval rating at 44 percent in the Sunshine state. The Quinnipiac survey also indicates that just over half of Florida voters don't think the president deserves re-election.

The new Florida poll may save its worst findings for former Alaska Gov. Sarah Palin, who loses to the president by a sizable 51-39 margin. That's a worse showing than business mogul Donald Trump, who lags 8 points behind Obama with a 48-40 percent spread.

In even worse news for Palin, the onetime GOP vice presidential nominee places sixth with only 5 percent of support among registered Republicans when it comes to the horserace for the GOP primary in Florida, behind Romney at 23 percent, Huckabee at 18 percent, Trump at 13 percent, former House Speaker Newt Gingrich at 11 percent, and former Minnesota Gov. Tim Pawlenty at 8 percent.

The survey comes as the Florida Republican Party is currently in a heated debate with other state parties over when it will hold its presidential primary. The state, per an official calendar adopted by the national party, had been slated to hold its nominating contest in March, behind the traditional first four – Iowa, New Hampshire, South Carolina, and Nevada.

But Florida Republicans bucked that request earlier this year when it leapfrogged those states, saying they will conduct their primary on January 31, 2012, in direct violation of the calendar ratified last year by the Democratic and Republican National Committees, which carved out February for the official start of the nomination fight.

But amid heavy criticism from national Republicans and those of other primary states, Republican Party of Florida chairman Dave Bitner indicated last month he is open to moving the state's primary date back behind the traditional four.

Florida has famously see-sawed between the Democrats and Republicans in recent presidential elections: Obama carried the state by 3 percentage points in 2008 while former President George W. Bush won there by 5 points in 2004. And of course, Bush barely won the state in 2000 after a drawn-out recount.