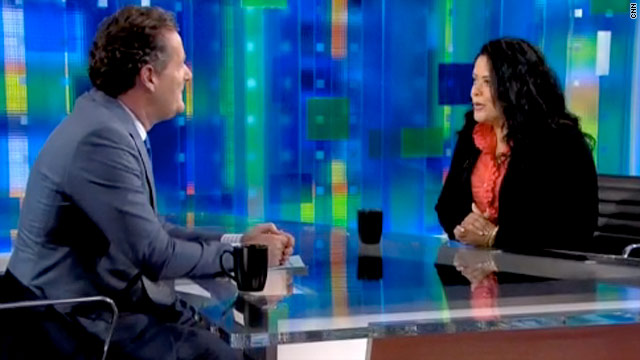 (CNN) - President Barack Obama's sister acknowledged his first term has been a "challenging time," but said it's important he win a second term.

"He has a healthy dose of pragmatism and he knew there would be enormous challenges and that it would be hard work, but of course there are things that happened that are simply unforeseen," Maya Soetoro-Ng told CNN's Piers Morgan in an interview set to air Tuesday. "As a citizen and as a parent myself, it's very important to me that he run and win."

But as his sister, whose book "Ladder to the Moon" is released Tuesday, she said a second term is a double-edged sword.

"There are feelings of ambivalence because it is such a hard job," Soetoro-Ng said.

When asked about her brother as a boy, she said he always had good judgment and "I think it continues to be."

"He's a pretty cool guy, but he's also very much himself," Soetoro-Ng said. "He's a pretty easy going fellow but as a history teacher this is pretty extraordinary for me to sort of bear witness to all this history."

She also addressed those who have questioned where Obama was born, saying the comments are "unfortunate."

"I think it's unfortunate. He was born in Hawaii, there is a tremendous amount of proof that has already been presented," Soetoro-Ng said. "I think that it is time for people to put that to bed, put it to rest completely."

In 2008, the Obama campaign released a copy of the certificate. News organizations and the Annenberg Fact Check Project saw the raised seal and signature. The state of Hawaii has certified he was born there.