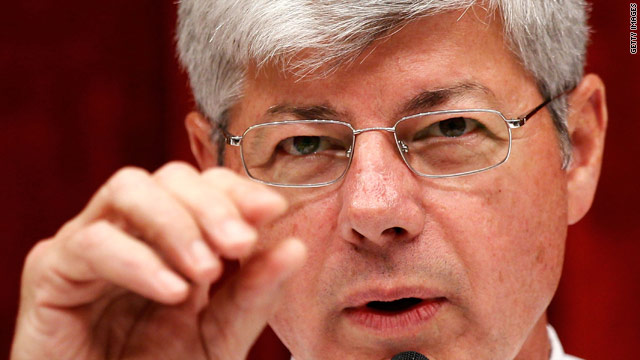 Stupak has been named a Partner at Venable LLP in the law and lobbying firm's Legislative and Government Affairs Group. Pursuant to congressional ethics rules, Stupak is prevented from directly lobbying his former colleagues for one year.

"After 36 years of public service, I'm very happy to be starting this new chapter in my life," Stupak said in a statement. "I've had numerous contacts with Venable partners over the years and am excited about helping my new colleagues and the firm's clients navigate choppy congressional waters."

The nine-term congressman faced opposition from both the right and the left after his 11th hour deal with the White House that ultimately led to his decisive vote in favor of the health care bill in March of 2010, a factor many believed led to his decision not to seek a tenth term.

But Stupak later told CNN he was confident he would have won re-election, saying many of the Tea Party activists who oppose him are strangers to his congressional district and he remained a popular figure there.