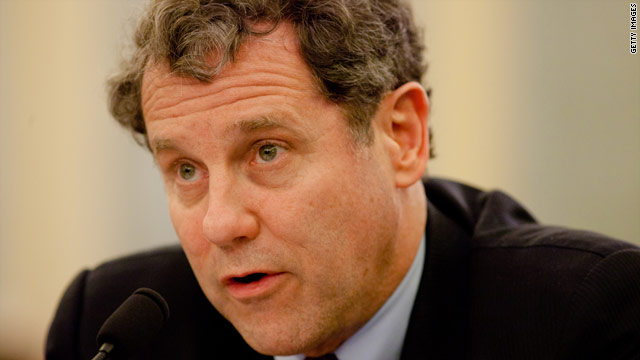 WASHINGTON (CNN) - A freshman Democrat in the Senate who could face a challenging re-election next year is building up his campaign war chest.

Sen. Sherrod Brown of Ohio raised $1.3 million in the first three months of this year, according to Brown campaign officials, who add that the senator has $2.5 million cash on hand.

Brown doesn't have an official Republican challenger yet, but Ohio Treasurer Josh Mandel has taken the first formal steps towards a candidacy, allowing him to raise money.

Two of the top non-partisan political handicappers, the Cook Political Report and the Rothenberg Political Report, both consider the contest competitive but rank the race right now as "Lean Democrat."

A Quinnipiac University poll conducted last month indicated that 43 percent of Ohio voters approved of the job Brown's doing as senator, with 27 percent disapproving and three in ten unsure.