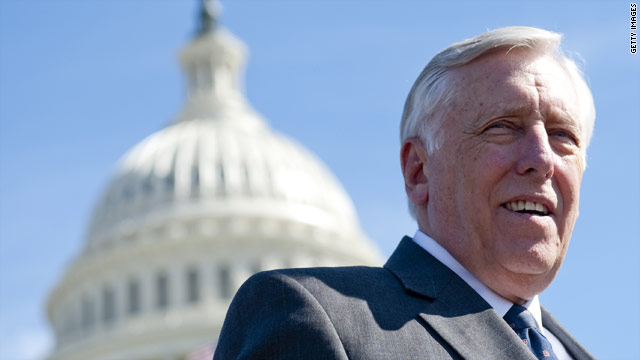 Washington (CNN) - President Obama and Senate Majority Leader Harry Reid may have signed onto the budget deal with House Speaker John Boehner on Friday night, but the number two House Democrat hasn't made up his mind yet.

House Democratic Whip Steny Hoyer told reporters Tuesday he was still reviewing the legislation with his staff. Details of the spending cuts for the rest of the 2011 fiscal year were unveiled shortly before 2 a.m. ET on Tuesday and Hoyer, who is responsible for rounding up votes, said he hasn't begun asking House Democrats yet whether they will vote for the deal.

"I think the President and Mr. Reid made a bad situation less bad," Hoyer said at his weekly session with reporters.

A longtime proponent of voting rights for Washington, D.C., the Maryland Democrat said he was not consulted on the provisions of the bill that bar the District of Columbia from being able to spend any money, even its own, on abortions for low- income women. Hoyer said he opposed that provision and stressed that Democrats still believe D.C. should be able to decide how to spend its own budget.

House Majority Leader Eric Cantor's office announced Tuesday morning that the vote on the spending bill was moved from Wednesday to Thursday in order to give members three calendar days to review the bill.