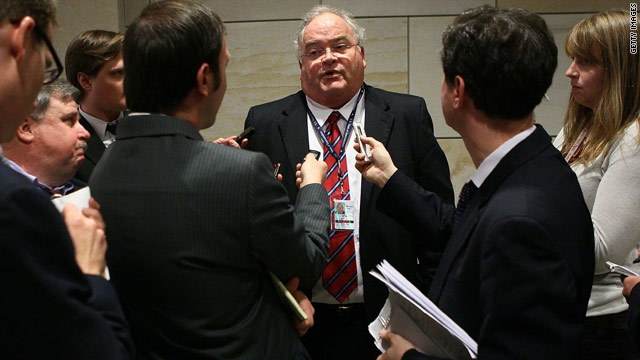 Washington (CNN) - For a moment, Republican Rep. Billy Long sounded as though he were back in the auction house he owns in southwest Missouri.

He rolled the national deficit figures off his tongue Wednesday while introducing a bill that would pay tribute to his profession.

Click to watch video
On the House floor, Long said that he and Republican Rep. Jeff Duncan of South Carolina, another auctioneer serving in Congress, want to make the third Saturday in April National Auctioneers' Day.

Touting the role that auctions have played in the country's history, Long said, "Auctions are the last stronghold of the competitive free-market enterprise system and continue to be the most effective means of establishing a fair market value."

While Congress continues to hash out a plan to trim costs of entitlement programs and curb the nation's debt, Long employed his auctioneering techniques to keep track of the staggering numbers.

"The way our debt it running out of control they find it very handy to have Jeff Duncan and myself in Washington. We are the few people that can actually keep up with the national debt," Long said, optimistically adding, "We also can say those numbers backwards so when we get the spending under control here. I'll be back."