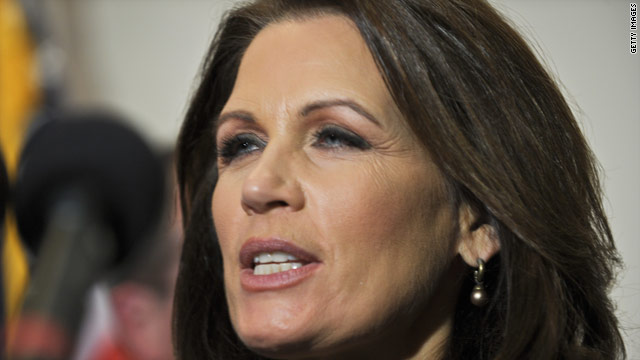 Washington (CNN) - The optics don't look great for Minnesota Rep. Michele Bachmann. That is, if you're talking about her relationship with LensCrafters, the one-stop shop of eye care and eyewear.

And it's not the first time Bachmann made the comparison. She made the same claim as early as September of 2008 and has stated that the comparison first came from a Planned Parenthood director in Illinois.

Bachmann has been substituting the phrase "big abortion" for "family planning," but the eye care company has asked that she leave them out of her scuffle altogether.

LensCrafters hit back at Bachmann Tuesday, telling Roll Call, "She's using our name without our knowledge or permission." Julie Maslov, communications director for Luxottica Retail, the parent company for LensCrafters, said the company contacted Bachmann's office Tuesday and asked that she stop making the comparison.

Planned Parenthood also released a statement saying, "The continued misleading attacks on Planned Parenthood expose a cynical and coldhearted willingness to further a divisive political agenda even if it will deny women access to lifesaving cancer screenings and birth control."

A Bachmann spokesman confirmed that the three-term congresswoman would avoid using the company's name in the future.

LensCrafters has not responded to CNN's request for comment.