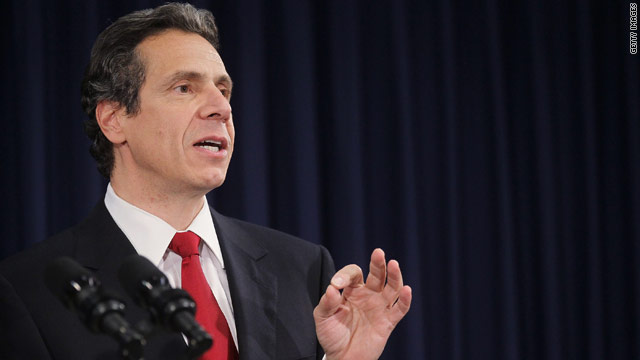 Washington (CNN) - New York Gov. Andrew Cuomo is having a good year so far. According to a Quinnipiac University poll, his job approval rating rose from 56 percent among registered voters in February to 64 percent in April.

The approval rating of New York's governor is higher than other governors in states polled by Quinnipiac, including New Jersey. Though Republican Chris Christie has received more national attention in name-dropping games for potential GOP presidential candidates, his approval rating is 52 percent.

Cuomo may be benefitting from the accomplishment of a feat governors in other states are still grappling with: passing the state budget. State governments in Connecticut, Pennsylvania, Florida, and Ohio are still working on budget agreements and each of their governors have approval ratings below 50 percent.

But in New York, almost half of voters in the state approve of the new budget and the same number-47 percent-say Cuomo convinced the legislature to agree to the new budget on its own merits, which may explain the boost in his approval numbers.

Despite his high numbers, Cuomo's constituents still feel there's room for improvement with 65 percent saying they are "somewhat dissatisfied" or "very dissatisfied" with the way things are going in the state today.