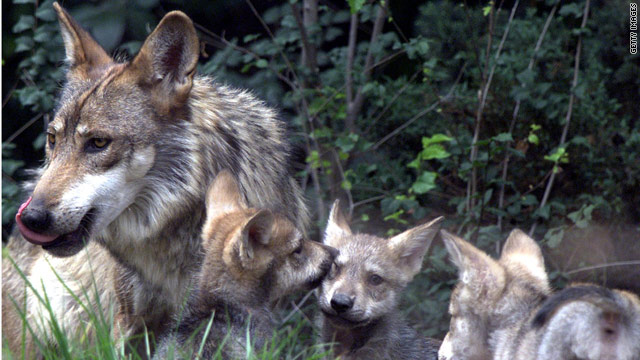 Washington (CNN) - A rider in the budget bill to keep the federal government in operation has triggered fury among some wildlife groups because it would remove certain wolves from the endangered species list.

The attachment affects gray wolf populations in Montana and Idaho.

"Right now, Montana's wolf population is out of balance and this provision will get us back on the responsible path with state management," Sen. Jon Tester, a Montana Democrat, said in a written statement. He said he wrote the language together with Republican Rep. Mike Simpson of Idaho.