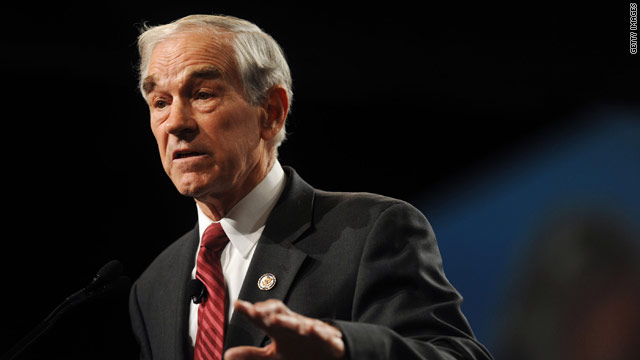 Washington (CNN) – It turns out that Tim Pawlenty, Newt Gingrich, Rick Santorum, and Mitt Romney aren't the only major potential presidential candidates who have taken formal steps to run for the White House.

Texas Rep. Ron Paul, who in 2008 stunned the presidential field with his fundraising prowess and legion of supporters, has filed a "political organization" notice with the IRS, a move that makes it possible for the potential 2012 presidential candidate to accept donations that can later be used for a White House campaign.

So does this mean Paul, who is scheduled to take part in the first presidential debate next month, is close to pulling the trigger on a third presidential bid?