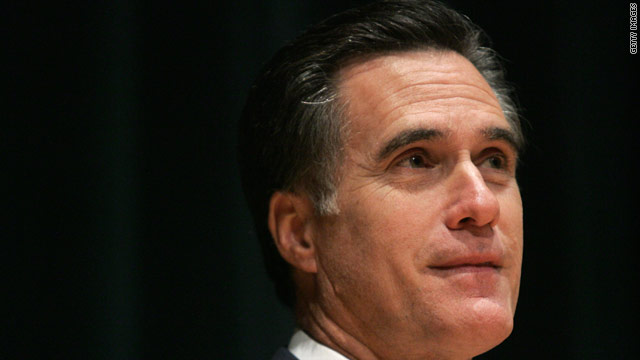 Washington (CNN) - Former Massachusetts Gov. Mitt Romney may be President Barack Obama's toughest competitor in Florida, according to a poll in the Sunshine State.

In the Suffolk University survey released Wednesday, Romney holds a 43 to 42 percent margin over Obama among registered voters in Florida in a hypothetical match-up, with one in ten undecided. The poll indicates that Obama holds a 44 to 41 percent margin over former Arkansas Gov. Mike Huckabee, with 11 percent undecided, in another possible 2012 general election matchup.

The margins are well within the poll's sampling error, but when Obama was pitted against other possible GOP contenders, the disparity increased.

Both Romney and Huckabee ran for the 2008 GOP presidential nomination. This week Romney formed a presidential exploratory committee. Huckabee says he'll decide on a White House bid later this year.

Florida is a battleground in presidential politics. President Obama captured the state with 51 percent of the vote in 2008. In 2004 former President George W. Bush won the state with 52 percent. The results of the 2000 race in Florida between Bush and former Vice President Al Gore were not known for over a month, a decision that ultimately went before the Supreme Court of the United States. Bush was declared the winner with 48.85 percent. Gore received 48.84 percent.

The Suffolk University survey polled 600 registered voters by telephone between April 10 and April 12 and had an overall sampling error of plus or minus four percent.