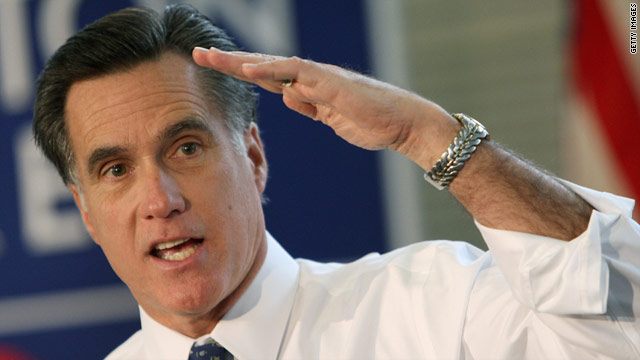 But are overtures in Romney's column toward the Tea Party movement, which has turned the traditional deadline to submit federal tax filings into a nationwide opportunity to demonstrate, also a well-timed coincidence?

The GOP presidential hopeful credits members of the Tea Party with creating "a significant popular movement to scale back government" for the first time in the post-World War II era.

"Almost two and a half centuries after the original Boston Tea party of 1773, the idea of limited government that inspired our forebears is very much alive," Romney writes.

"Thanks to the Tea Party, there's real hope that we can rein in our profligate federal government."

And for Romney, the first step to tax reform is to "rein in President Obama" whom he accuses of being on a "spending binge." Calling the $800 billion stimulus package passed during the Obama administration and health care reform a combined "disaster," the 2008 candidate for Republican nomination adds, "Our system of taxation is killing our nation's once-strong economic engine."

Romney's recommendation is a "smart tax system" that rewards investment, savings and entrepreneurship.

"But our tax system is not smart," he charges. "Reform requires both understanding and leadership. Unfortunately, when it comes to those qualities, we are facing Washington's biggest deficit of all."