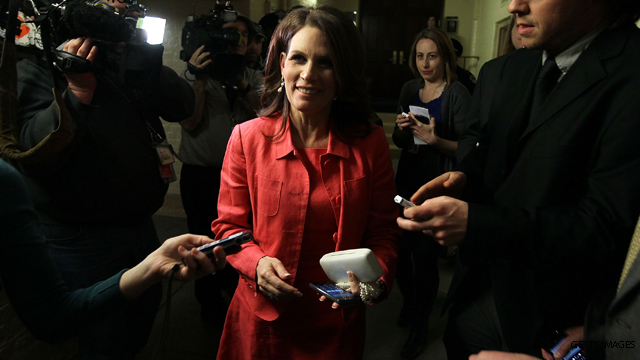 "We still don't know who the opposition forces are that we're helping," the potential Republican presidential contender said at a morning gathering of the Bluffton Tea Party Patriots.

Bachmann, a member of the House Intelligence Committee, said she was speaking carefully so as not to betray any national security secrets and said she was referring to to public testimony and news reports.

She claimed terrorists could easily gain control of Libya's vast oil wealth and wreak havoc on their enemies if Libyan leader Moammar Gadhafi is removed from power.

"If Gadhafi is toppled, if al Qaeda of North Africa comes in, and they secure control over the oil revenues, then they will have a permanent source of funding to finance global terror worldwide," she suggested.

Bachmann is spending four days in the Palmetto State as she explores the possibility of a White House bid. South Carolina is one of the four states that will kick off the Republican presidential nominating process early next year.

She did not elaborate on her political plans but made no secret that she is seriously considering a run.

"I would love to debate Barack Obama," she said. "It would be a pleasure."

Bachmann also accused the president of not doing enough to halt the rising cost of gasoline, which is approaching $4 per gallon in South Carolina.