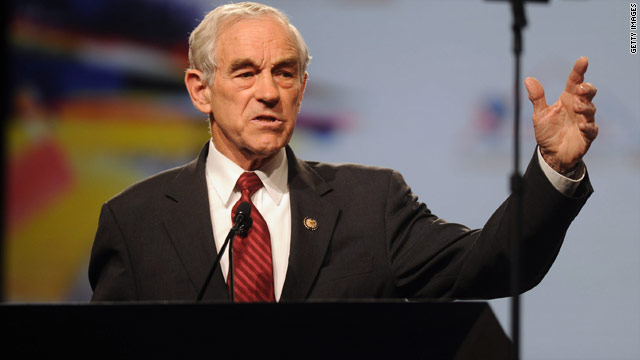 Bluffton, South Carolina (CNN) - Texas Rep. Ron Paul won the latest in a string of presidential straw polls being conducted in key South Carolina counties this month ahead of the state Republican Party convention in May.

Paul won the vote at the Lexington County Republican Party convention on Saturday, taking 16 percent of the 139 ballots cast. Lexington is considered a bellwether county in Republican primaries and is home to South Carolina Gov. Nikki Haley, but the party organization there has seen an uptick in libertarian-leaning Paul supporters in recent years.

Former Massachusetts Gov. Mitt Romney, who has done almost no presidential spadework in the crucial early primary state, had another respectable straw poll showing and finished in a tie for second place with business mogul Donald Trump, taking 12 percent of the vote.

Romney finished fourth in a Greenville County straw poll last weekend and second in a Friday night vote at the Charleston County convention.

In the grand scheme of presidential campaigns, of course, straw polls are only informal surveys conducted by a relative handful of party activists. But they can be helpful in providing an early read on how the GOP's most dedicated voters in key primary and caucus states view the 2012 field.

Some straw polls are more informative than others, however.

But only 25 Republicans attended the convention.