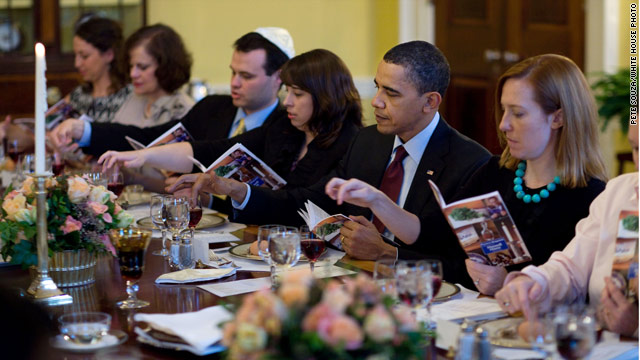 Washington (CNN) – The Obamas will mark the beginning of Passover with a Seder at the White House Monday evening with family, friends and White House employees.

Obama hosted his first Seder in Pennsylvania in 2008, when the presidential candidate gathered a group of Jewish and non-Jewish staffers for an impromptu Seder in Harrisburg after a long day on the campaign trail. The Seders that followed at the White House in 2009 and 2010 were held in the Old Family Dining Room and included the same group, plus other staffers and family.