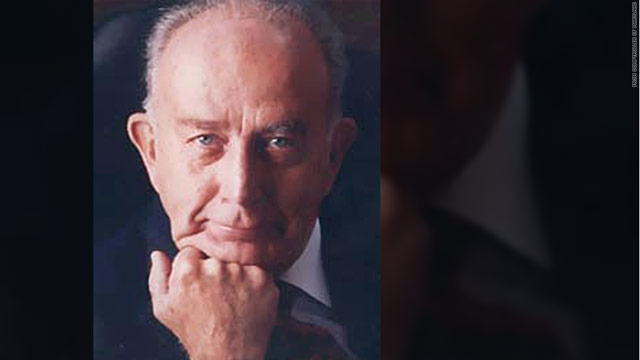 Schaefer, a Democrat, served Maryland for eight years as comptroller of the state, 15 years as mayor of Baltimore from 1971 to 1986 and eight as governor, beginning in 1987. The outspoken Maryland native was credited with transforming downtown Baltimore, including its Inner Harbor, and constructing a new stadium for the Baltimore Orioles baseball team.

"I join all Marylanders in mourning the loss of one of our own – Maryland's indomitable statesman, William Donald Schaefer," O'Malley said in a statement. "William Donald Schaefer loved his city and his state with great exuberance because there was nothing more important to him than the people that he served with such loyalty."

O'Malley has ordered the Maryland flag be flown at half-staff. Schaefer will lie in repose in the State House in Annapolis and in the rotunda of Baltimore City Hall. Viewing times and funeral arrangements will be announced later.