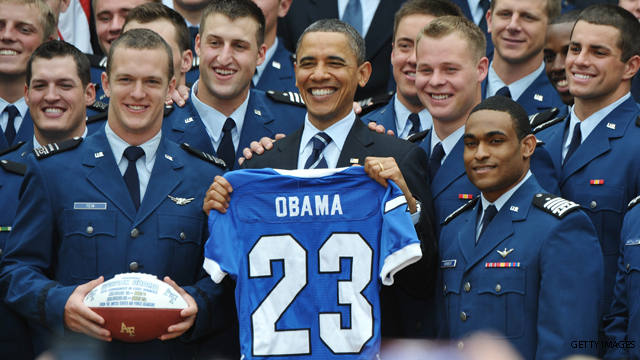 "Until this year, no one on this team knew what it felt like to beat Army, to beat Navy, to visit the White House, and to earn football bragging rights over the other branches," Obama said. "Now you know the feeling."