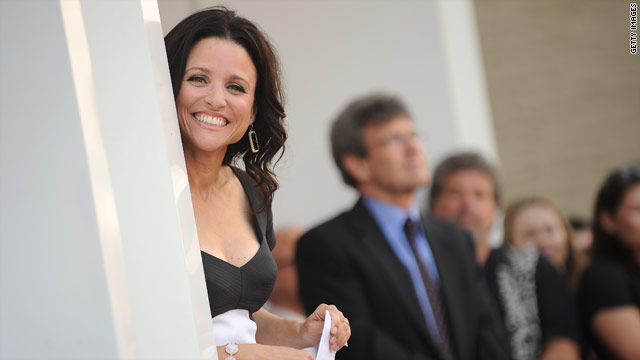 Washington (CNN) - Julia Louis-Dreyfus is coming to a TV near you via "VEEP," an HBO political comedy series, according to the network.

The former "Seinfeld" star was cast as Selina Meyer, a former U.S. senator who becomes vice president only to discover "the job is nothing like she expected, but everything she was warned about," HBO said in a press release.

"VEEP," created by Oscar nominee Armando Iannucci, is expected to begin production this fall in Baltimore for a 2012 debut.

In addition to Louis-Dreyfus, the cast includes Sufe Bradshaw as Meyer's assistant, Anna Chlumsky as her chief of staff, Tony Hale as her "right-hand man," Reid Scott as an "ambitious director of communications" for the senator, Tim Simmons as a White House liaison and Matt Walsh as her spokesperson.

"It is a true delight to work with HBO and Armando Iannucci," Louis-Dreyfus said in the release. "I take the role of vice president very seriously, and although everyone says this is a comedy, I don't think there is anything funny at all about me being a heartbeat away from the presidency."

HBO is also casting a miniseries version of "Game Change," the 2010 book by Mark Halperin and John Heilemann about the 2008 presidential election.

HBO and CNN are sister companies within Time Warner, Inc.