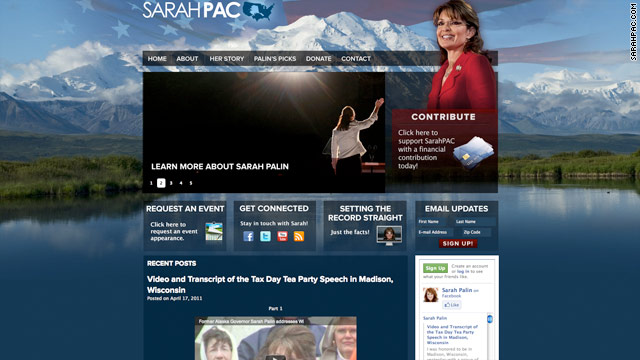 Palin site gets a makeover

The new site showcases her public appearances and the elected officials she supports, as well as giving supporters a chance to sign up for email updates and read a section called "setting the record straight."

Palin, who served as the GOP vice presidential nominee in 2008, has said she is considering a run for the White House in 2012.