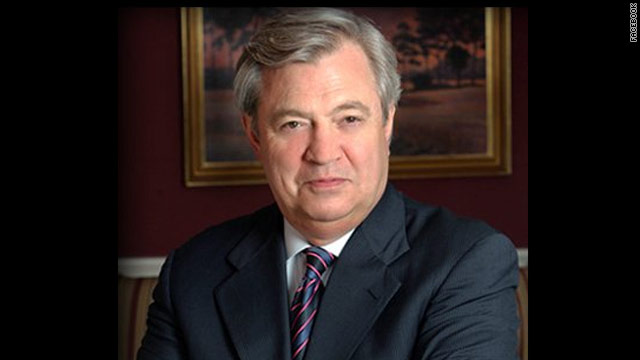 (CNN) - With Republicans controlling almost every lever of government in South Carolina, Democrats are left with a shallow bench of leaders able to respond to the field of GOP presidential candidates dropping into the early primary state hunting for votes.

This is where Dick Harpootlian comes in. The former state Democratic Party chairman, who presided over the election of South Carolina's last Democratic governor in 1998 and has close ties to the Obama White House, is now seeking his old job back.

He faces a challenge from Charleston political consultant Phil Noble and Marion County chairman Lee Walter Jenkins, but is considered the frontrunner in the race and has been endorsed by a spate of Democratic leaders including Rep. James Clyburn.

The oft-quoted Columbia attorney is perhaps best known for his sharp-tongued one-liners and frequent appearances in the media. Whether he wins the chairman's race on April 30 or not, South Carolina Democrats will undoubtedly be turning to Harpootlian throughout the presidential primary season to throw some elbows at the GOP.

He sat down with CNN and previewed how he plans to frame each of the Republican candidates:

Mitt Romney: "He was Obamacare before Obamacare. I think he is going to have a hard sell here and everywhere else to Republicans that is he is not just some liberal Republican yankee who backed socialized medicine in Masschusetts and will carry on the tradition of Obamacare.

Donald Trump: "He is leading the polls. That should speak volumes about what's going on in the Republican primary. Donald Trump who has been bankrupt three times, gone through three wives. Not the guy you want with his finger on the button. That's scary."

Haley Barbour: "If I were looking for a good place for ribs and barbecue this afternoon, I'd follow Haley. I think at the end of the day he is a fat jovial guy, and if we were electing Santa Claus, he'd be your guy."

Michele Bachmann: "We got Nikki Haley here. We don't really need more of that coming to the state. Bachmann is here this week. I suppose if she heard them fire on Fort Sumter she'd have thought that was the Shot Heard 'Round The World."

Sarah Palin: "Sarah Palin had her 15 minutes of political fame. She is making a lot of money now, I don't think she is going to run. She is a celebrity now. She is a not a political candidate."

Mike Huckabee: "He has his own TV show. He probably needs to take some time and concentrate on getting back on that diet."

Rick Santorum: "If Darth Vader could be elected president, he would be my first choice."

Newt Gingrich: "He got run out of town the last time he was in government. He will say anything and do anything to get elected. I don't think the Republican base is going to get excited about 'Newt II: The Sequel.' And what wife is he on?"

Chris Christie: "Christie is an affable guy. He has made some promises to the people in New Jersey and I think he needs to keep them. He is a Republican in New Jersey, though. That would be a liberal Democrat in South Carolina."

Jon Huntsman: "If we wanted Barack Obama to pick the nominee, someone who worked for him, Huntsman would be it. I think he has the same problems Mitt Romney has, and that is he ain't one of them. That being Tea Party Republicans, South Carolina Republicans. He is much too reasonable."