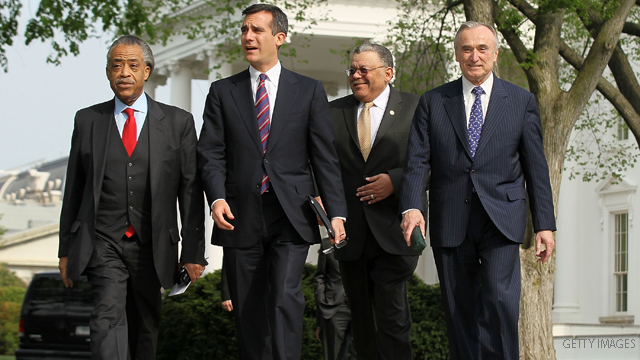 Washington (CNN) - A broad group of government officials, business leaders, law enforcement officials and others met Tuesday with President Barack Obama to discuss how to build support for immigration reform in the face of congressional opposition.

Obama told the gathering that he remains committed to seeking a comprehensive approach "that both strengthens security at our borders while restoring accountability to the broken immigration system," according to a White House statement.