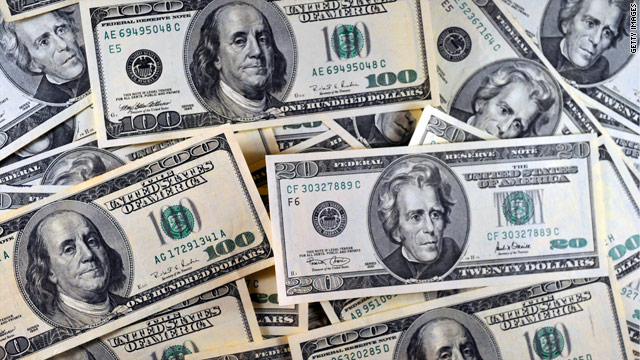 Washington (CNN) - As the next battle for the Senate heats up, both the Democratic Senatorial Campaign Committee and the National Republican Senatorial Committee are showing their latest finance numbers.

The DSCC's GOP counterpart, the NRSC, reported raising $5 million in March, with $1.48 million in the bank and a debt of $2.75 million.

The NRSC, in an e-mail release, touted that March was the most successful off-year fundraising month for the committee since passage in 2002 of the Bipartisan Campaign Reform Act, better known as "McCain-Feingold," after its two sponsors in the Senate.

"Since Senator Cornyn assumed the chairmanship in 2009, his finance goals for the NRSC have been three-fold - to be careful stewards of our donors' money, to continue to close the fundraising gap with Senate Democrats and to ensure that not a single Republican candidate loses on Election Day because of a lack of financial resources," says NRSC Executive Director Rob Jesmer, in an email statement. "The NRSC met, and exceeded, those goals last cycle, and while we're still up against a Senate Democrat majority and the fundraiser-in-chief in the White House, we are committed to building on this success and winning back the majority next year."

Meanwhile, The DSCC noted that it has paid down over 43 percent of its debt over the past month and highlighted its cash on hand advantage over the NRSC.

"The strong support we're seeing so early in the cycle shows that we're going to be in a position to not only protect our majority next year, but also play offense in 2012," says DSCC Executive Director Guy Cecil. "The Republican move to end Medicare and give more tax breaks to the very rich has fueled support from our base. Our campaigns around the country are seeing that their supporters are excited and engaged earlier than ever before, and that will make the difference next year."