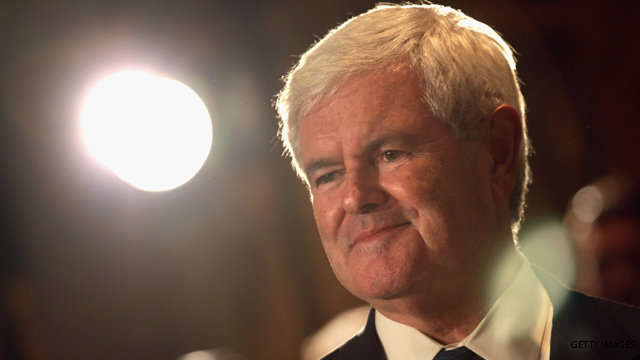 (CNN) - Former House Speaker Newt Gingrich raised $53,000 for his political action committee, American Solutions, in the first three months of 2011, according to a report filed Tuesday with the Federal Election Commission.

The PAC brought in $34,000 in March, bringing its total haul to $790,000 since its creation in 2009. That figure pales in comparison to the money raised through Gingrich's political group, or so-called 527 committee that allows him to build a political operation outside the Federal Election Commission. His group American Solutions for Winning the Future raised $3.8 million in the fourth quarter of 2010, according to a report filed with the Internal Revenue Service.

Federal law bars Gingrich from using money raised by either of these committees in a possible presidential bid.

Although the PAC is able to contribute directly to candidates, the FEC report showed the PAC did not monetarily assist candidates in 2011.

The former Georgia Congressman filed paperwork with the IRS in March to form a fundraising committee to "explore" the possibility of a presidential bid. He has said he will make a "final" decision about a bid for the White House in May.