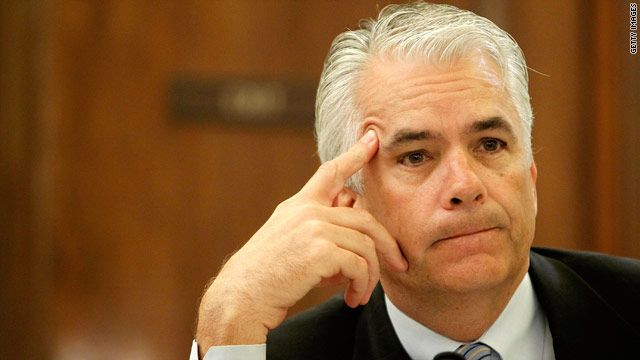 Sen. Ensign says he will resign on May 3

WASHINGTON (CNN) - Republican Sen. John Ensign of Nevada, who is under an ethics investigation by the Senate, announced Thursday that he will resign his seat on May 3.

Ensign had previously said he would not run for re-election in 2012 following revelations that he had an affair with a female aide who was the wife of another top aide, and that his parents subsequently gave money to the aides' family.