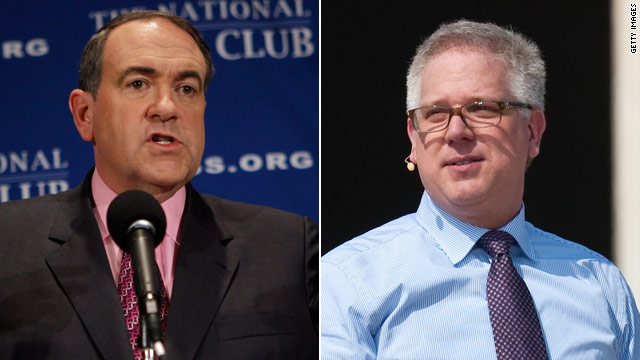 But Huckabee, who's name has been floated as a possible contender for the GOP presidential nomination, took to his PAC blog Thursday to blast Beck in response, saying, "This week Glenn Beck has taken to his radio show to attack me as a progressive, which he has said is the same as a 'cancer' and a 'Nazi.' What did I do that apparently caused him to link me to a fatal disease and a form of government that murdered millions of innocent Jews?"

Either way, Huckabee is crying foul at his inclusion with Beck's blistering metaphors for progressivism.

"He seems to fancy himself a prophet of sorts for his linking so many people and events together to describe a massive global conspiracy for pretty much everything," he wrote.

"His ridiculous claim that John McCain and I collaborated and conspired in the 2008 campaign is especially laughable…Beck needs to stick to conspiracies that can't be so easily de-bunked by facts."

And Huckabee wasn't through. "Why Beck has decided to aim his overloaded guns on me is beyond me," he continued.

"He ought to clean his gun and point it more carefully lest it blow up in his face like it did this time."