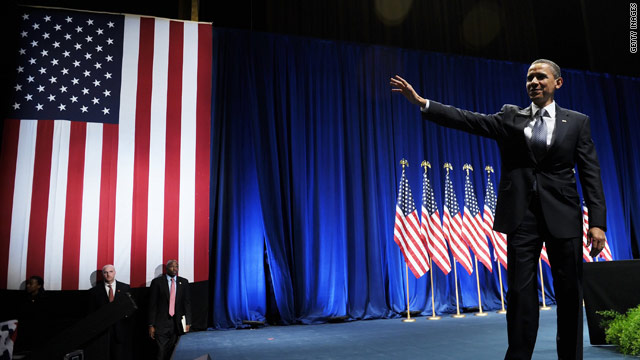 San Francisco (CNN) – With his re-election campaign officially up and running, President Obama offered supporters in San Francisco a robust defense of accomplishments thus far in his first term, while asking them to step up their efforts to help him win a second.

“Our work is not finished,” he told a largely enthusiastic crowd at a ‘Gen 44’ fundraiser at the Nob Hill Masonic Center, even as he cited his administration’s efforts to battle a deep recession, reform the education system, and passage of health care reform legislation. His remarks were met with loud applause by the crowd when he mentioned the repeal of ‘Don’t Ask Don’t Tell’ as well as his appointment of two women to the Supreme Court.
FULL STORY at the 1600 Blog