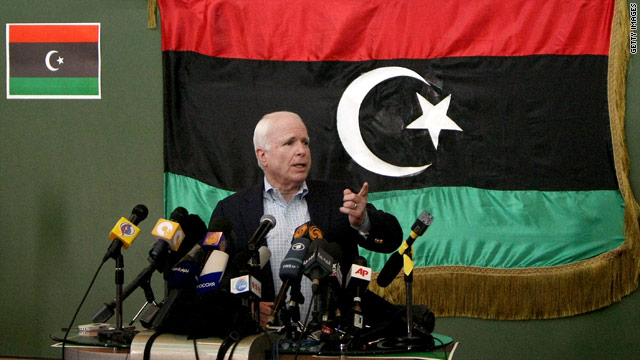 The visit from Arizona Sen. John McCain came a day after the United States said it was deploying predator drones to Libya.