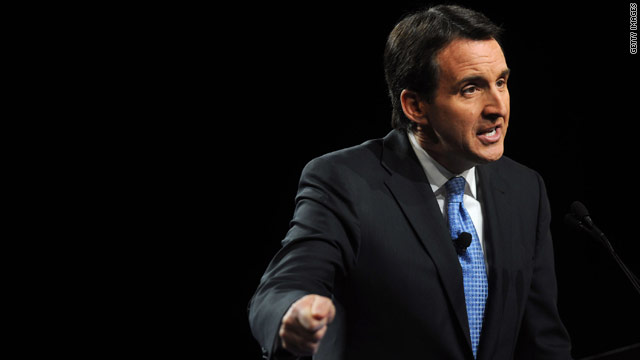 Pawlenty calls for action on Syria

Washington (CNN) – Likely Republican presidential candidate Tim Pawlenty said Friday that the White House should push for a special meeting of the U.N. Security Council amid the Syrian government’s crackdown on protesters.

Pawlenty issued the statement shortly after President Obama called out Syrian President Bashar al-Assad by name, and accused him of "seeking Iranian assistance in repressing Syria's citizens through the same brutal tactics that have been used by his Iranian allies."

Pawlenty repeated his call for Obama to recall the U.S. ambassador to Syria, and invoke additional economic sanctions against the country.

"The United States must send a clear and strong signal to the people of Syria that we support their drive towards freedom and getting rid of the Assad regime," he said.

The former Minnesota governor accused the Obama administration last month of "naivety" for its approach to Syria. Friday's statement stopped short of overtly criticizing the White House approach, but noted it was Obama who sent the ambassador to Damascus.

Obama returned an ambassador to Syria in 2009, four years after the United States withdrew its envoy in protest over the assassination of former Lebanese Prime Minister Rafik Hariri.