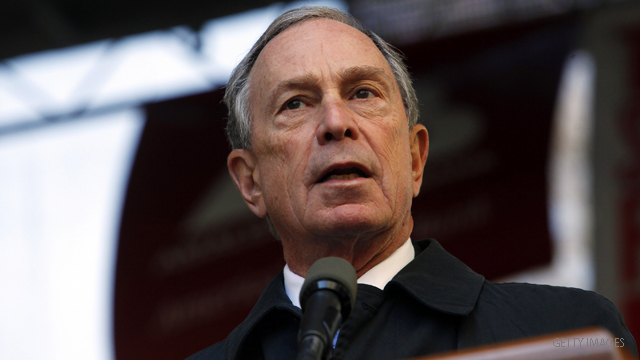 Washington (CNN) - Republicans will suffer electorally if they continue to fan the flames of the so-called "birther" debate instead of focusing on the economy, New York City Mayor Michael Bloomberg said Sunday.

"I think the Republicans are making a terrible mistake in making this a big issue," Bloomberg, an independent, said on "Fox News Sunday." "We have the deficit. We have the economy. Those are the things that the public cares about."

"If the Republican Party doesn't start addressing that, they will lose and they deserve to," he added.

Even though he called Donald Trump, who has become a champion of the birther movement, a "friend" and "New York icon," Bloomberg wouldn't say whether or not he takes Trump's presidential flirtations seriously.

"Look, anybody can run for president if you're 35 and an American citizen and born here," Bloomberg said, before adding that President Barack Obama was born in the United States too.