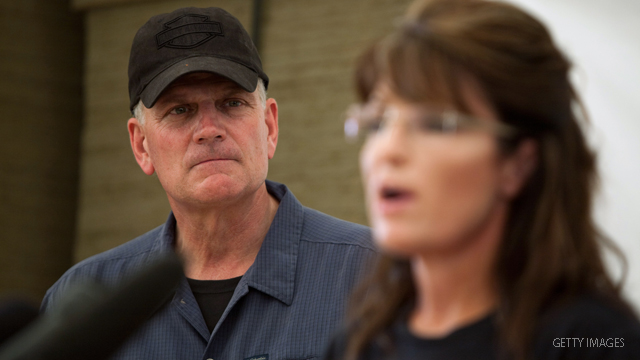 Washington (CNN) - The Rev. Franklin Graham said he might support real estate mogul Donald Trump as his candidate of choice in the 2012 presidential election.

Graham, whose family has close ties to past presidents, said when Trump began interjecting himself in the conversation he thought it was a joke, but “the more you listen to him, the more you say to yourself, ‘You know, maybe the guy’s right.’”

When asked Sunday on ABC’s “This Week” if he would choose the “Celebrity Apprentice” star as his candidate, Graham said “Sure, yeah. Sure.”

And although he has traveled with former Alaska Gov. Sarah Palin, he predicted she will not launch a bid for the White House.

“I don’t think Sarah is going to… I think she likes speaking on the issues,” Graham said. “I don’t see her running for president.”

Would he support her if she did run?

“It depends on who the other candidates are,” Graham said.

Graham, who is president and CEO of the Billy Graham Evangelistic Association and the Christian relief organization Samaritan’s Purse, said President Obama could silence the birther movement by producing his birth certificate.

“I don’t know why he can’t produce that,” Graham said. “It’s an issue that looks like he could, he could answer pretty quickly.”

In 2008, the Obama campaign released a copy of the certificate. News organizations and the Annenberg Fact Check Project saw the raised seal and signature. The state of Hawaii has certified he was born there.

When asked about the debate over the president’s religion, Graham said Obama has told him he’s a Christian.

“But the debate comes, what is a Christian? For him, going to church means he’s a Christian,” Graham said. “A membership doesn’t make you a Christian … God is the only one who knows his heart.”