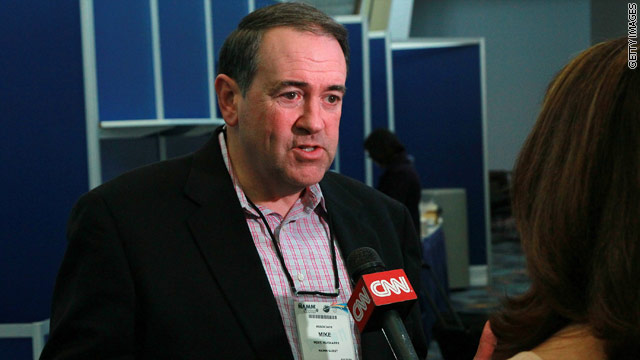 Among those voters who consider themselves Republicans, Huckabee leads with 23 percent, followed by Romney with 16 percent, former House Speaker Newt Gingrich with 12 percent, Trump with 11 percent and Palin with 10 percent. Romney leads the group among registered Republican voters who consider themselves independents with 26 percent, followed by Trump with 21 percent, Huckabee with 11 percent and Palin with 10 percent.

When the group is broken down by those who support the Tea Party, Huckabee comes out on top, but Romney gets the top spot among those who said they are not Tea Party supporters.

Yet, Huckabee and Romney are tied at 19 percent among those who say they will definitely vote in the Republican South Carolina primary. Trump follows with 14 percent and Gingrich and Palin receive 10 percent each.

Huckabee placed second in the 2008 first-in-the-South primary behind Arizona Sen. John McCain. South Carolina is one of two early contest states that allow independents to participate in their presidential primaries.

Huckabee has said he is considering another run for the White House in 2012 and will make a decision by summer.

The American Research Group, Inc. survey polled 600 people via telephone between April 18 and April 23. The poll has a sampling error of plus or minus 4 percentage points.