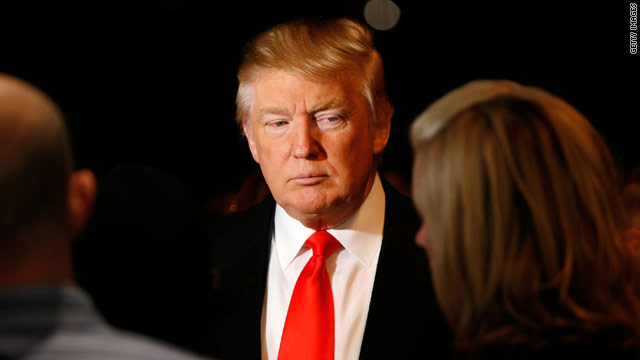 Washington (CNN) - Shortly before announcing interest in pursuing the GOP presidential bid, Republican Donald Trump gave $50,000, his largest campaign contribution in Illinois, to Democrat Rahm Emanuel, who was running for mayor, in December 2010.

Rahm's brother Ari, who is co-CEO of William Morris Endeavor Entertainment, represents a majority of Hollywood's celebrity elite, including Trump.

Ari has been Trump's agent for many years, according to one of the mogul's top aides, Michael Cohen.

Records from the Illinois State Board of Elections show that Trump has made various sizable donations to Democratic causes in Illinois.

Records show that Trump contributed $12,500 to the Cook County Democratic Party between 2005 and 2007. He also lent support to his fellow Republicans in Illinois campaigns.

Blagojevich was a cast member on the third season of "Celebrity Apprentice," and "fired" after the fourth episode.

Ryan has been in federal prison since 2007 on a corruption conviction. Blagojevich, who was impeached, is being retried in federal court on felony charges.

Trump's camp said his campaign donations have less to do with politics and more about being a loyal friend to political fund-raising pals such as Woody Johnson, a philanthropist and owner of the New York Jets who courted Trump's financial support for the McCain-Palin ticket during the 2008 presidential election.

"If your friend asks you to do something, if you are financially capable, you do it," Cohen said.

Trump's presence in the Windy City includes a newly built high-rise of luxury condominiums and hotel in the middle of one of Chicago's most coveted neighborhoods. The shiny, modern glass structure, is the tallest building constructed in the U.S. since the Sears Tower.