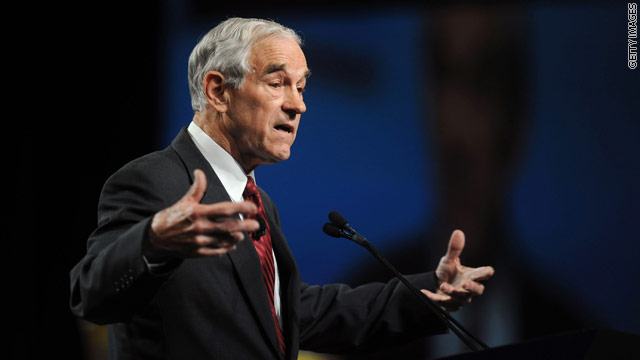 Washington (CNN) - Republican Texas Rep. Ron Paul will announce on Tuesday the formation of a presidential exploratory committee at an event in Des Moines, Iowa, CNN has learned.

While Paul is announcing an exploratory committee, he has not made a final decision about launching a campaign for the White House in 2012.

"He is still not 100 percent," a source close to the Paul campaign told CNN. "He is strongly considering a run."

"He is moving closer to a final decision," the source said, adding, "You can expect that decision to come in mid-May."

A key factor in prompting the committee announcement now is the upcoming GOP presidential debate where participation is contingent upon the formation of an exploratory committee.

The congressman, whose son, Kentucky Republican Sen. Rand Paul, is also considering a run, has run twice for president, most recently in 2008.

But Sen. Paul has said he will not run in 2012 if his father launches a bid.