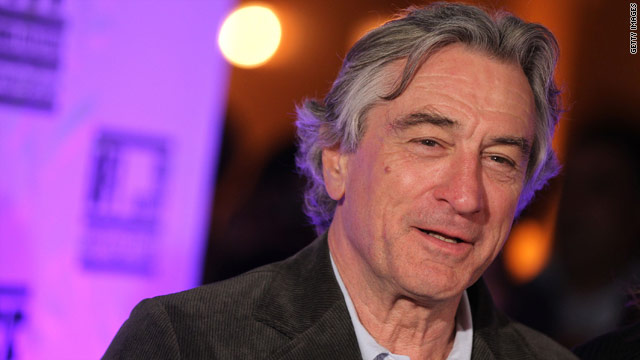 Trump to De Niro: You talkin' to me?

(CNN) – Donald Trump – who has a habit of picking personal fights with anyone who publicly challenges him – is now targeting legendary actor Robert De Niro, whom Trump says is "not the brightest bulb on the planet."

"I like his acting, but in terms of when I watch him doing interviews and various other things, we're not dealing with Albert Einstein," Trump said on Fox News Monday.

The comments follow recent remarks from De Niro to NBC News, during which the Academy Award-winning actor suggested Trump was acting "crazy."

"I won't mention names, but certain people in the news in the last couple weeks, just what are they doing? It's crazy. They're making statements about people that they don't even back up," he said in reference to Trump. "Go get the facts before you start saying things about people."

"It's like a big hustle. It's like being a car salesman," he added. "Don't go out there and say things unless you can back them up. How dare you? That's awful to do. To just go out and speak and say these terrible things? Unless you just want to get over and get the job. It's crazy."

Trumps harsh response follows a similarly vitriolic lash out at Jerry Seinfeld, after the comedian, citing Trump's birther claims against President Obama, canceled his performance at a charity event organized by Trump's son.

That prompted Trump to write a strongly worded letter to Seinfeld, in which the potential presidential candidate knocked Seinfeld's recently-cancelled show on NBC.

"What I do feel badly about is that I agreed to do, and did, your failed show, 'The Marriage Ref,' even though I thought it was absolutely terrible," Trump wrote. "Despite its poor ratings, I didn't cancel on you like you canceled on my son and St. Jude. I only wish I did."

Trump also took aim at Karl Rove last week after the former Bush strategist said it was unwise for the potential presidential candidate to question the president's citizenship:

"Karl Rove has a loser issue... [he] is the man that ran Bush into the ground," Trump responded. "Bush finished so weak that we ended up getting Obama. He ran the man into the ground."