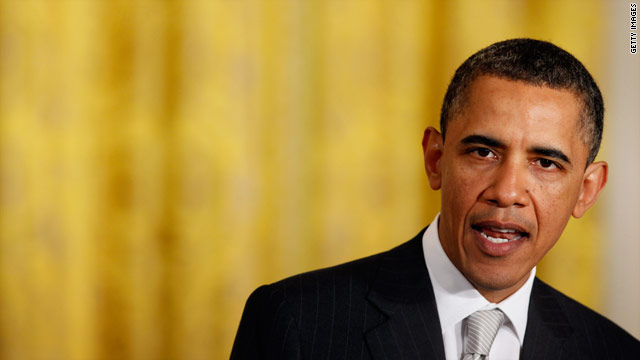 Emphasizing some of the administration's victories – from helping to push the economic recovery to Wall Street reform to the health care overhaul – he said in an email that "You also know we have not yet done everything we set out to do – not nearly. But that's a reason to work harder, not to let up. That's why we're building this campaign now. And you have to take ownership of it."

He asked his donors to "step up and make a donation of $5 to get us started."

The email solicitation mirrors the message he has been delivering at a string of fundraisers the past few weeks, including several Wednesday night in New York City.

He is trying to rally his supporters with a message that balances his touring of his first term's accomplishments but also notes the disappointment and the frustration many of those who voted for him in 2008 are feeling.

"As I've spoken with supporters who are helping get this campaign started, I've met folks who are frustrated by the pace of change. I understand that. But we knew this wouldn't be easy. The kind of change we're working for never comes easily."

This fundraising effort seems aimed more at the small donor base that was such a key part of his 2008 election campaign.

The re-election fundraising will concentrate on both bringing in money from smaller donors as well as the network of more established high dollar contributors as it tries to reach an unprecedented goal of $1 billion.

Now that the President's campaign headquarters is open and fundraising is underway, the re-election machinery is gearing up. Campaign officials say there will be field offices and staff across the country. A campaign spokeswoman would not say when to expect the first of its offices to open.

While the President has no primary opponent, his record will soon come under attack as the Republican primary fight heats up, and Obama officials want to make sure any attacks on the President are quickly addressed and his accomplishments are emphasized.

A key part of the strategy is to recruit and energize volunteer activists throughout the country. The re-election team has launched the "I'm In" campaign to sign up grassroots supporters at the local level and then they will be encouraged to speak to neighbors, colleagues, friends and those on their Twitter and Facebook accounts.

While its 2008 election grassroots operation was much lauded, campaign officials believe a key part of victory will be mounting an even better one this time around.

"We have to assume every single day that we have to build something new, better, faster and sleeker," Jim Messina, the re-election campaign manager, said in a video emailed to supporters earlier this week. "This campaign is only going to be as strong as the grassroots."

"In 2012 we have the opportunity to make 2008 look prehistoric,' said Messina as he said that "grassroots will run this campaign." He laid out several steps beyond the "I'm In" initiative, including local planning sessions, house meetings and neighborhood teams – all aimed at finding the most persuasive and creative ways of spreading the re-election message.