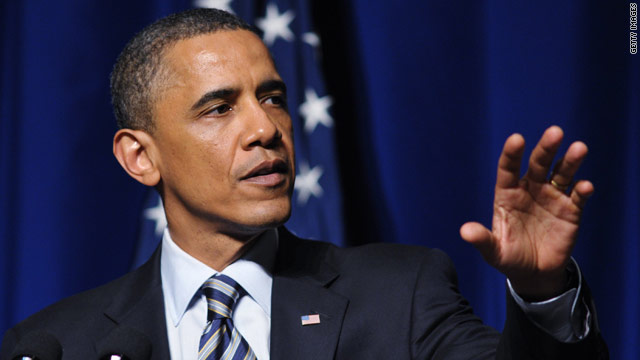 Poll: Obama approval at all time low in crucial state

Washington (CNN) - Some new poll numbers out of Pennsylvania may not make President Barack Obama's re-election team jump for joy.

A Quinnipiac University survey released Thursday indicates that 53 percent of Pennsylvania voters disapprove of the job the president's doing in the White House, with 42 percent saying they approve of how Obama's handling his duties.

According to the survey, by a 52 to 42 percent margin, Pennsylvania voters say Obama doesn't deserve a second term in office, and in a hypothetical 2012 general election showdown, the poll indicates Obama grabs 40 percent support, with 41 percent going to an unnamed Republican challenger.

Pennsylvania's considered a battleground or swing state. Democratic Sen. John Kerry carried it by three points in his 2004 election loss to President George W. Bush. Then Sen. Barack Obama won the state by ten points over Sen. John McCain in the 2008 presidential election. But Republicans had a strong showing in the state in last year's midterm elections, grabbing back the governor's office, a U.S. Senate seat and five House seats held by Democrats.

"President Barack Obama's re-election team has work to do in the Keystone State," says Peter A. Brown, assistant director of the Quinnipiac University Polling Institute. "Although Pennsylvania has traditionally been a swing state, the size of his 2008 margin gave many observers the idea that it would not be a heavily contested state."

The survey indicates that the drop in support from independents may be behind the president's overall dive in his approval rating. Independent voters in Pennsylvania approved of the president by a 50 to 46 percent margin in February. Now they disapprove of Obama by a 57 to 37 percent margin.

"Whether President Obama's decline stems from rising gasoline prices, continued unhappiness with the economy overall, the war in Afghanistan and now the involvement in Libya, he can take solace from his ability to run a dead heat with a generic Republican despite his current standing with the Pennsylvania public. Perhaps this says as much about the popular view of the Republican field," adds Brown.

The Quinnipiac University poll was conducted April 19-25, with 1,366 registered voters in Pennsylvania questioned by telephone. The survey's overall sampling error is plus or minus 2.7 percentage points.