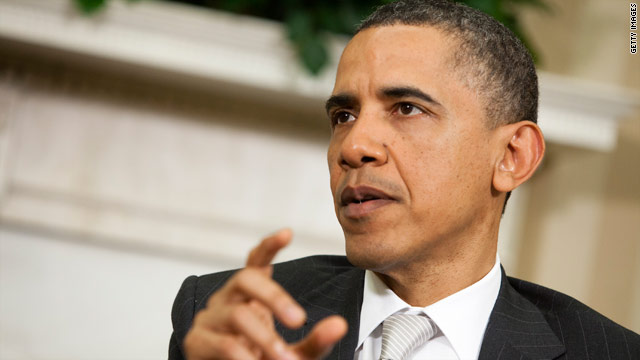 Washington (CNN) - As five likely Republican presidential candidates head Friday to New Hampshire for the first real cattle call in the state that holds the nation's first primary, a new poll in the Granite state could spell some trouble for the man they want to beat, President Barack Obama.

A 14 point drop among independent voters from February to April appears to be behind the overall downward tick for Obama's approval rating.

Romney and Pawlenty are two of the five probable Republican presidential candidates that are scheduled to attend a summit Friday night in Manchester, New Hampshire.

The Americans for Prosperity forum is being billed as a "Presidential Summit on Spending and Job Creation." Also attending are former Sen. Rick Santorum of Pennsylvania, Rep. Michele Bachmann of Minnesota, and former Godfather's Pizza CEO and radio talk show host Herman Cain. The event will be Romney's first early-state appearance with other potential 2012 GOP presidential hopefuls.

The summit includes a candidate forum, with each of the probable contenders allowed eight minutes of opening remarks, followed by a question and answer session led by AFP president Tim Phillips. The group is a national advocacy organization, which promotes pro-business economic policies and pushes for less government regulations, especially in the oil and gas industry. AFP was a major supporter of GOP candidates in last year's midterm elections.

Prior to the forum is a dinner honoring 2010 Republican Senate candidate Ovide Lamontagne as "Conservative of the Year." The event will feature South Carolina Republican Sen. Jim DeMint who is extremely influential among conservative voters.

Lamontagne, a New Hampshire attorney, long time GOP activist, and 1996 Republican gubernatorial nominee, is hosting house parties at his Manchester home with many of the likely White House hopefuls. Lamontagne, who nearly won last year's GOP Senate primary thanks to strong support from Tea Party and other conservative activists, could have a very influential role in Republican presidential primary.

Lamontagne says he hopes to make an endorsement later this year or early next year, following the conclusion of his house parties with the candidates.

He says that Friday night, at this early stage in the race for the nomination, he hopes the likely candidates will lay out "a vision for America that stands in stark contrast to President Obama's vision," and says he wants to hear from these probable contenders "where they would take us as president, to unleash the great promise of country, which I don't think, and many in New Hampshire don't think, is being recognized under this president."

Lamontagne adds that "in the end, I still believe that New Hampshire voters will support the most conservative candidate who can win the White House."

The AFP event is followed Saturday by the "First in the Nation Freedom Forum." Bachmann, Pawlenty, and Santorum are scheduled to speak at that gathering, which is being held at Southern New Hampshire University in Manchester.