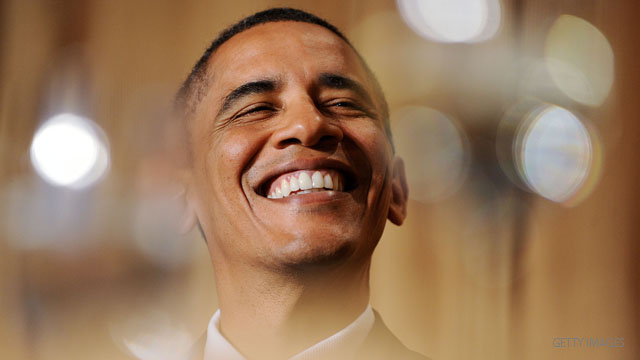 On the menu: Politics and schmoozing

Washington (CNN) – Washington and Hollywood will come together Saturday night.

What will be a tad unusual this year is that also in the audience will be some Republicans who may be considering becoming presidential candidates and therefore hope one day they will be on that stage instead of Mr. Obama.

Donald Trump, who has said he is actively considering running for President and has said he will make a decision about his intentions before the end of May, is attending. Trump will be just off a series of events this week in the key early voting states of New Hampshire and Nevada.

"Donald Trump is a fascinating figure to Washington," Washington Post spokeswoman Kris Coratti told the paper, which invited him.

Also on hand will be U.S. Ambassador to China Jon Huntsman, who is believed to be mulling a run for the Republican nomination. Ironically his last day on the job is also Saturday. Huntsman is arriving back in DC Friday after two years at the post. Allies of Huntsman have formed a political action committee, an organization which could be a precursor for a campaign organization if he decides to launch a bid, and are eagerly awaiting word on his political future.

Either or both men could find themselves part of the President's speech.

In January The President lauded Huntsman during a press conference with the Chinese President Hu Jintao.

"I think Ambassador Huntsman has done an outstanding job as ambassador for the United States to China," he said. "I couldn't be happier with the Ambassador's service. And I'm sure he will be very successful in whatever endeavors he chooses in the future. And I'm sure that him having worked so well with me will be a great asset in any Republican primary," a comment which was met with laughter.

On Wednesday after the President released his long-form birth certificate he seemed to be taking a dig at Trump at a fundraiser that evening.

"So today was a fun day. I wasn't – nobody checked my ID at the door. But it was also a serious day because part of what happened this morning was me trying to remind the press and trying to remind both parties that what we do in politics is not a reality show. It is serious."

At the event there is always a lot of political talk with members of Congress, cabinet members, White House and congressional officials and as political insiders also in attendance mixing and mingling with such celebrities as actresses Mila Kunis, Mira Sorvino, Kate Hudson, actor Tim Daly and entertainer Paula Abdul.

The entertainer this year is Saturday Night Live star Seth Meyers, who as anchor of the show's news updates often makes fun of politicians of both parties.

Several of the lending GOP contenders – Mitt Romney, Tim Pawlenty, Rick Santorum – are not coming to the dinner.