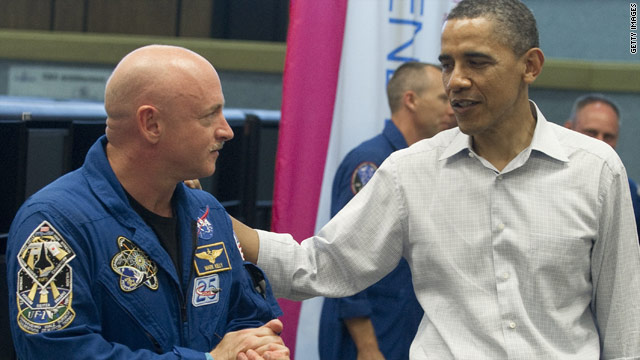 "I bet you were hoping to see a rocket launch today," Kelly told the president.

"We were hoping to see you," Obama told him.

Kelly updated Obama and the first lady on Giffords' condition, and then they went down the corridor to see her, the official said.

Three months ago, Giffords was nearly killed when a would-be assassin shot her in the head during a meeting with constituents in Tucson, Arizona. It was not immediately clear if Giffords' doctors - who are overseeing her lengthy rehabilition - will allow her to remain in Florida for the duration of the delay.