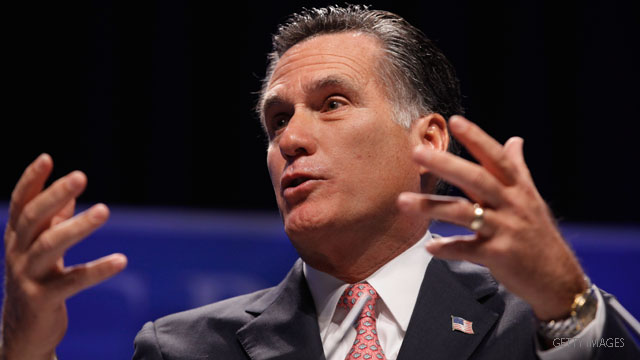 Romney's federal and state-level PACs have raised $1.9 million through the end of March. Though these funds may not be used toward a presidential bid, the complaint alleges that the Romney campaign is using these committees to circumvent federal contribution limits, which caps the maximum individual contribution at $5,000 for both the primary and general election seasons. Money raised through the committees may only be spent ahead of a candidate's official presidential announcement.

The complaint, dismissed by Romney's camp, accuses him of using "soft money," or unlimited donations to political parties from labor unions, corporations or individuals, banned, to fund his presidential campaign, which federal law prohibits. Some of the states in which Romney has PACs, do not place a cap on donations from corporations.

Democrats in the Granite State, which serves an important role as the first-in-the-nation presidential primary, are criticizing the Romney operation as an "Enron-style accounting scheme," and asking that if found in violation of any laws, he be "enjoined from further violations and be fined the maximum amount."

"Romney's funneling of campaign contributions from his array of state political action committees to fund his presidential campaign reeks of an Enron-style accounting scheme," Communications Director for the New Hampshire Democratic Holly Shulman said in a statement. "Mitt Romney just wants to be President – plain and simple – and he'll take any position, say anything or do anything to get there."

But Team Romney dismissed the charges as a political tool.

"This is totally political," Romney communications adviser Andrea Saul said. "For those wondering what the Obama jobs plan entails, it apparently involves hiring more lawyers at the FEC to handle frivolous complaints filed by his minions."

- CNN's Paul Steinhauser and Robert Yoon contributed to this report.