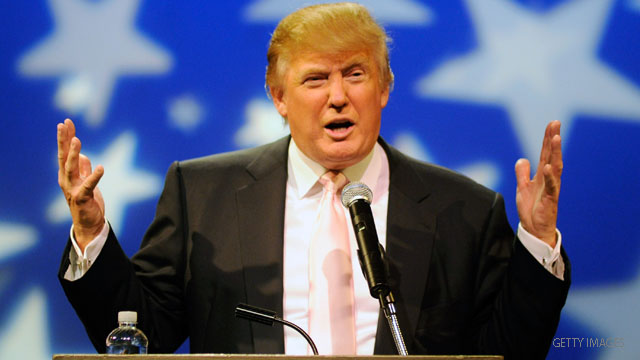 At a reception hosted by two Republican women's groups at the Treasure Island Casino, Trump acknowledged he is not the typical candidate for president, and may lose in 2012, but is still serious about a bid for the White House.

"I'll think about it," Trump said when an audience member asked him to run. "You probably won't be disappointed."

Trump, who has said he will decide by June whether to run for president, also criticized the price of oil in his remarks, one of the mantras adopted by the reality TV star of late.

"They (OPEC) want to go in and raise the price of oil because we have nobody in Washington that sits back and says you're not going to raise that f-ing price, you understand me?" Trump said.

He also boiled down the war in Iraq for the conservative crowd.

Trump, who was in the Silver State to attend the wedding of billionaire casino owner Steve Wynn, has spent the last two months questioning the president's birth place, an issue largely put to rest Wednesday when President Obama released the long-form version of the certificate.

Nevada may have an influential role in shaping the race for the GOP presidential nomination, with its caucus scheduled third in the primary and caucus calendar.