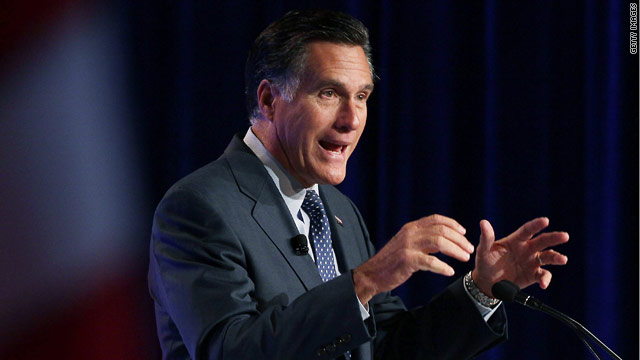 (CNN) - An adviser to Mitt Romney said Monday that the former Massachusetts governor will skip Thursday's Republican presidential debate in South Carolina "because it's still early, the field is too unsettled and he's not yet an announced candidate."

Romney, considered an early frontrunner for the GOP nomination, has formed an exploratory committee, one of the criteria required to participate in the debate as determined by its sponsors, the South Carolina Republican Party and Fox News.

But Romney has been carefully maintaining a low profile in hopes of avoiding criticism from rivals.

Romney also poured a small fortune into South Carolina during his last presidential run, only to pull out at the last minute ahead of a disappointing fourth place finish in the 2008 primary. He has no staff in the early primary state, but performed well in a series of closely-watched GOP straw polls there last month.

"Fox News and the South Carolina Republican Party have both been notified of this decision," Romney adviser Matt Rhodes said in a statement. "Gov. Romney is planning to visit South Carolina on May 21st and he looks forward to debating there closer to their primary."

Along with having an exploratory committee and reaching a 1 percent threshold in at least five national polls, candidates hoping to participate in the debate must pay the party's $25,000 filing fee to be on the primary ballot by Tuesday afternoon.

Former House Speaker Newt Gingrich originally said he would attend but his advisers have since backed away from the commitment.

South Carolina GOP executive director Joel Sawyer would not comment on the lineup.

"The filing deadline is 5 p.m. on Tuesday," Sawyer said. "Most likely on Wednesday we will be releasing the final list of participants."

Also Monday, South Carolina GOP Chairwoman Karen Floyd held a conference call with members of the party's executive committee to brief them on the debate as well as plans for the state party convention, being held Friday and Saturday in Columbia.

Each of the debate participants are being invited to speak at the Silver Elephant Banquet in Columbia on Friday night, the state party's biggest fundraiser of the year.

Party officials plan to conduct a 2012 presidential straw poll at the banquet on Friday evening, GOP sources told CNN. The results will be revealed during convention proceedings on Saturday.