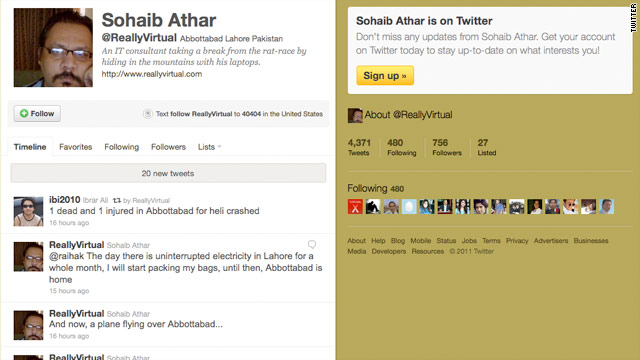 (CNN) - As U.S. forces in Pakistan swooped in on Osama bin Laden on Sunday, at least one Twitter user was unknowingly reporting details of the raid.

Some of the first public accounts of the military operation that killed the terrorist leader came in the form of tweets from Sohaib Athar, an IT consultant in Abbottabad, the city where bin Laden was found.