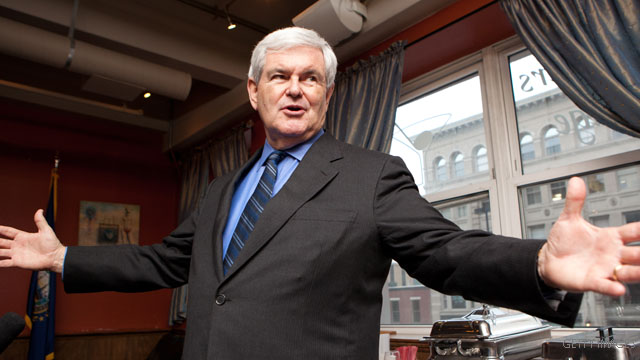 The former House Speaker and recent convert to Catholicism co-produced the film, "Nine Days that Changed the World." He was exepcted to speak at the viewing.

Dwayne Weuve, the Business Manager for the church said they were not able to "work out all of the details" for the May 16 event and that Gingrich's potential bid for the White House was "one of the considerations that went into it [the decision]."

The Des Moines Register reported the event could be considered a conflict of interest.

Rick Tyler, a spokesman for Gingrich, said the film has been screened across the country and "thousands have come to see and be inspired by its powerful message."

"These events are a time to come together to remember Pope John Paul II, his life, and the remarkable period of history," Tyler said. "These are in no way political events and it would be a shame not to go forward and share this movie with the Basilica in Des Moines."

"In any case, however, we will respect the decision of the Basilica of St. John," he added.